Today we added a new party system (see picture below). You can now share your tesla coils and doors with party members!

I was a bit sloppy posting all the recent updates here on the blog. You can find all the update news on Steam. :)
In the next update of Immune you will be able to change your player's skin! Here is a preview of the first few skins we've come up with: Can't wait to see you guys running around in these! :)
What's new in Immune 0.8.9:
- Opened a new part of the map!
- New area highlights: big city & desert safe zone
- New enemy types: spider & poison spider
- New weapons: mutant arm, cleaver, wrench, crowbar, uzi, tommy gun, auto shotgun
- New craftable leather armor
- Players with low karma now have a skull symbol next to their name. You can attack them without losing karma, even if you are a saint.
- Rebalanced weapons and enemies slightly
- You have to eat/drink less, because you lose less energy over time.
- Replaced a few mutants with spiders especially near the tutorial island
- Fixed server performance problems that might fix a few rare glitches (f.ex. walking through walls & building stops working)
- Improved katana model The new hat case didn't make it into this update, because there are still three hats missing. I wanted to put a few more hats into the new case. :)

Have a great time playing Immune,
Gabriel
We got one step closer to Immune's transition to free 2 play with the second hat case for Immune called "Hat Case Venore".
There have been 5 updates since the last news post here, so if you want to know how Immune has developed over the last few weeks, go here.

We plan to turn Immune into a free 2 play title in early 2016. Probably February or March. Stay tuned. :) Today's 0.8.1 Update will be the first step towards a free to play version of Immune. There will not be pay to win and as long as it's not free we will reward all players who bought the game as much as possible with valuable drops f.ex.. 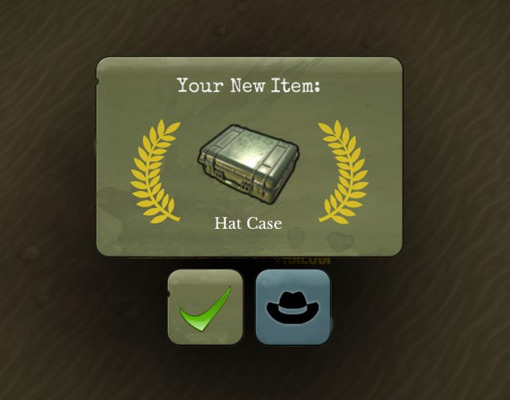 This task really takes some serious work! I am working on a mission system, where you are able to get dynamically generated missions.

The system combines an objective with a task and a location and assigns this mission to the player(s) who approach the NPC. This mission distributing NPC will change its mission every once in a while, so players are able to go on a quest together, while avoiding that too many players join the same adventure.

I hope this big update will be ready in one or two weeks, so stay tuned!

BY THE WAY: you can get Immune for as little as $5 on Steam now or for -20% on the homepage here!